History of the Inn

Born in South Carolina in 1875, John Hampton “Hamp” Adams and his wife Elizabeth Barnes moved to High Point in 1900 to become associated with James Henry Millis, a prominent industrialist and businessman in the area. He soon convinced Mr. Millis to enter the hosiery business. Together, they grew the Adams Millis Corporation into one of the largest hosiery manufacturing companies in the world. Both Hamp and Elizabeth were prominent figures in High Point’s growing society and community.

Eighteen years after their move to High Point the construction on the Adams mansion was completed and it became the home of Hamp, Elizabeth, and their two daughters, Elizabeth and Nell for nearly two decades. Their guests were welcomed into their home and entertained with their well-known southern hospitality. During their visit to the stately home, guests marveled at the grand staircase, richly carved moldings, marble fireplaces, beautiful wood floors, and elegantly furnished rooms.

After the Adams family moved to a new estate in 1931, they leased the mansion to the Hardin family, another prominent figure in the hosiery business. After Hamp passed away in 1935, the family donated the mansion to the YWCA who used it until 1961. Throughout the following years, it also served as a funeral home until it was threatened for demolition for a new Burger King in 1997. Thankfully, the house was preserved to be used as an inn and added as a National Historic property in 2002.

In early 2000, an extensive renovation of the residence began. In fall of 2001, the High Point community welcomed the J.H. Adams Inn with the Adams’ home serving as its heart. Included in this initial expansion was the construction of the South Wing Building. This three-story addition extended the guest accommodations with 27 rooms and a private conference facility. Over the years various updates and cosmetic changes have been made, but the original elegance of the main house has remained the same.

While the transformation from private residence to boutique inn was completed in 2001, 20 years later the JH Adams again underwent extensive renovations with the enclosure of the courtyard. Later that year, renovations to the Atrium drew to a close and the Inn welcomed its first Atrium event goers in November.

The guest experience starts with choosing from 31 uniquely decorated rooms complimented by furniture collections from around the world, king or queen beds and spacious private baths. Guests appreciate our standard room amenities (including premium Simmons mattresses and comfortable robes) but most of all, they look forward to being welcomed warmly and treated graciously at “their” inn. Whatever your reason for visiting, know that we look forward to welcoming you.

Located at 1104 North Main Street, the former Siceloff Residence is now part of the JH Adams Inn campus. Known as the Elizabeth House, it is also listed on the National Historic Register of Historic Places. We have renovated the beautiful home to accommodate special events and conferences for up to 50 guests.

It is an ideal location for our inn guests to conveniently access bridal events, corporate meetings, or private dinners. While staying at the JH Adams Inn, guests can enjoy a simple and convenient stroll to the house where you will feel right at home for any special occasion. Enjoy local specialty shops, dining, and clothing boutiques, all available within walking distance in the heart of Uptowne High Point.

This stately “Yellow House” has all the upscale amenities of a modern home or corporate office with the same historic charm of our main Inn and restaurant. Call us today to make an appointment for a private tour of the Elizabeth House or to request additional information about renting the venue for your next special event. 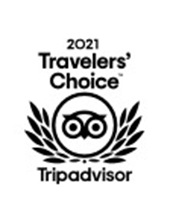